YOU ARE USING AN UNSUPPORTED BROWSER

The browser you are using, , is no longer supported by Microsoft and this website may not function as intended.

Maybe you’ve seen it gaining prominence at the grocery store. Maybe you’ve spotted it popping up in more dishes at restaurants. Or maybe you noticed farro among our salad boxes here at Gourmet for Good for our Spring menu. Wherever you’ve seen it though, there’s no denying that there’s a growing interest among Americans in this ancient grain. Like quinoa a few years ago, and chia a few years before that, Americans are taking their inspiration from European cuisine once again and branching out from the tried and true rice/pasta/potato trifecta of starches and embracing new (old) flavors. 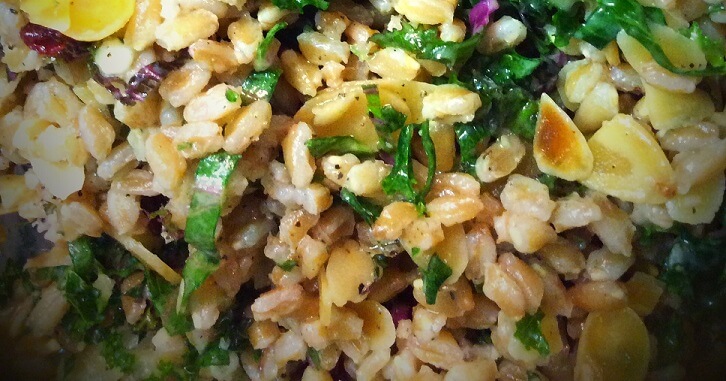 The term “ancient grain” is a catch-all phrase that refers to grains which have not been selectively bred and developed for agriculture over the past few millennia. Modern agricultural crops such as wheat, for example, have been selectively evolved to produce more, and to be resistant to weather and disease. While these changes mean that we can grow more of them to better keep up with the food demands of our current population, as with any other selective agricultural breeding, this also changes things like the flavor, texture, and appearance of the plants. These changes do not make the grains we eat today any less suited for human consumption, but by focusing on maximizing the output of a select few varieties of grain it does give us a more limited palate of flavors, and one that is completely different from what our ancestors ate. “Ancient grains” on the other hand, haven’t been cultivated and therefore have more variety, and completely different flavors from what we have become accustomed to.

Farro is a member of the wheat family, and like modern wheat is high in fiber and protein. Typically, we eat wheat once it has been ground into flour and made into delicious options such as bread, pasta, or brownies. Farro, on the other hand, is an unhulled wheat and is typically served as a whole grain that has been cooked by boiling, like rice. Once cooked, farro has a dense, chewy al dente texture and a nutty flavor that is rich without being heavy. It can be added to soups or salads to give them more body and make them more filling, or it can be made into an entree, much like our Power Salad Box. Whichever way you decide to enjoy farro though, it’s a great, healthy way to add variety to your menu!