YOU ARE USING AN UNSUPPORTED BROWSER

The browser you are using, , is no longer supported by Microsoft and this website may not function as intended.

We all debate about Thanksgiving. We debate about when Black Friday should start. We debate about whether the proper follow up to the big meal should be football or a nap. We even inevitably end up in the dreaded political debate that seemingly can’t be avoided when families get together. But the real Thanksgiving debate, the Big One, goes back to before the American Civil War. 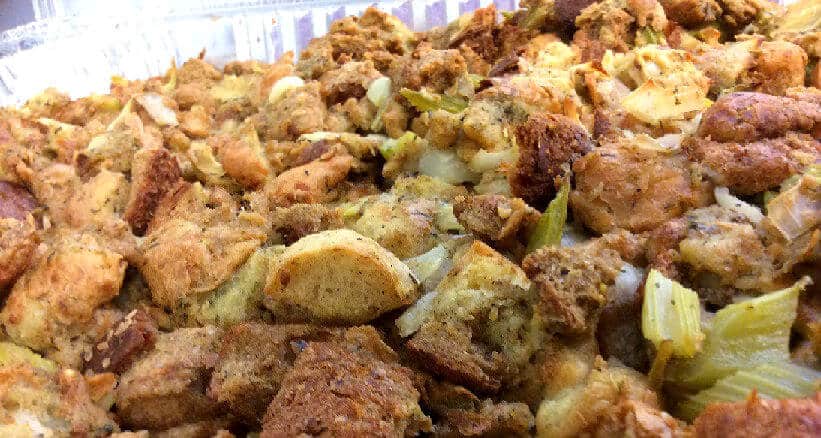 Is it stuffing, or is it dressing?

Some pedants will argue that there is no debate, that the two are different things entirely. Stuffing is, of course, the kind that is made by stuffing it into the turkey and cooking it with the bird. Dressing is the kind that is made on the side, and which you “dress” your meal with. While sound in theory, this explanation simply doesn’t hold up in practice.

Plenty of people will call the kind made on the side “stuffing” even though it’s not stuffed in the turkey, and others will call the kind in the turkey “dressing”. This isn’t simply because they don’t know which is which, but because the terms are interchangeable. Modern usage is very clearly just a regional difference, no different from “soda” versus “pop” or “firefly” versus “lightning bug”. Here in Colorado, we skew very heavily toward “stuffing” with less than 15% of the population using “dressing” to refer to the delicious bread-y goodness.

Ah, I hear you fellow linguistic and/or culinary nerds saying, but just because that’s how we use them today doesn’t make those the correct usages. I have two rebuttals for that. The first is that, it actually does. Words change over time. The way we use them, what they mean, is all dependent on what people understand. Language isn’t set in stone, it changes and evolves depending on how we use it. That’s why the word “ambivalent” now means you feel neutral about something, instead of meaning you have two very strong, but opposing opinions on something.

My second rebuttal is that despite the way they sound, when it comes to Thanksgiving, the two terms never had different meanings. Going all the way back to the 1530s, stuffing was the only English word in use. In America in about 1850 however, Southern sensibilities decided that the term “stuffing” was much too crude, and chose the far more delicate sounding “dressing” as a replacement, despite the fact that they were still talking about something that was stuffed into the turkey.

And while there likely was the odd family here or there who cooked their dressing on the side, the prevalence of doing so came far, far after the usage of “dressing” came into play. No specific date or year can be given for a sudden switch in the American mindset about whether it should be cooked inside or outside the turkey, but it wasn’t until roughly the 1970s that cooking stuffing outside the turkey truly became popular, with the advent of Stove Top stuffing simplifying at least one of the many time consuming dishes that are cooked for Thanksgiving. Add to the FDAs recommendation against cooking stuffing inside the bird for food safety reasons, and these days it’s almost a given that your “stuffing” will definitely not be stuffed.

But whether you call it stuffing or dressing; whether you cook it in your bird, or out; I think we can all agree that come Thanksgiving, we’re going to want a second helping.